Modeled after the NHL Stanley cup, the Norskie cup was created in 2004 by Jim Hanson. 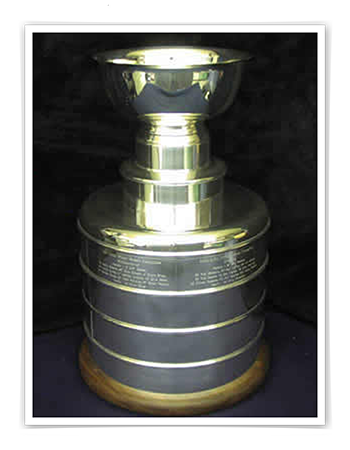 The Norskie cup is named after Jim & Joe Hanson’s  late father, Philip “Norskie” Hanson. Philip served in the Army Air Corps as a radio operator in Southeast Asia and was part of the D-Day +1 landing on the island of Saipan. Philip past away in 2017.